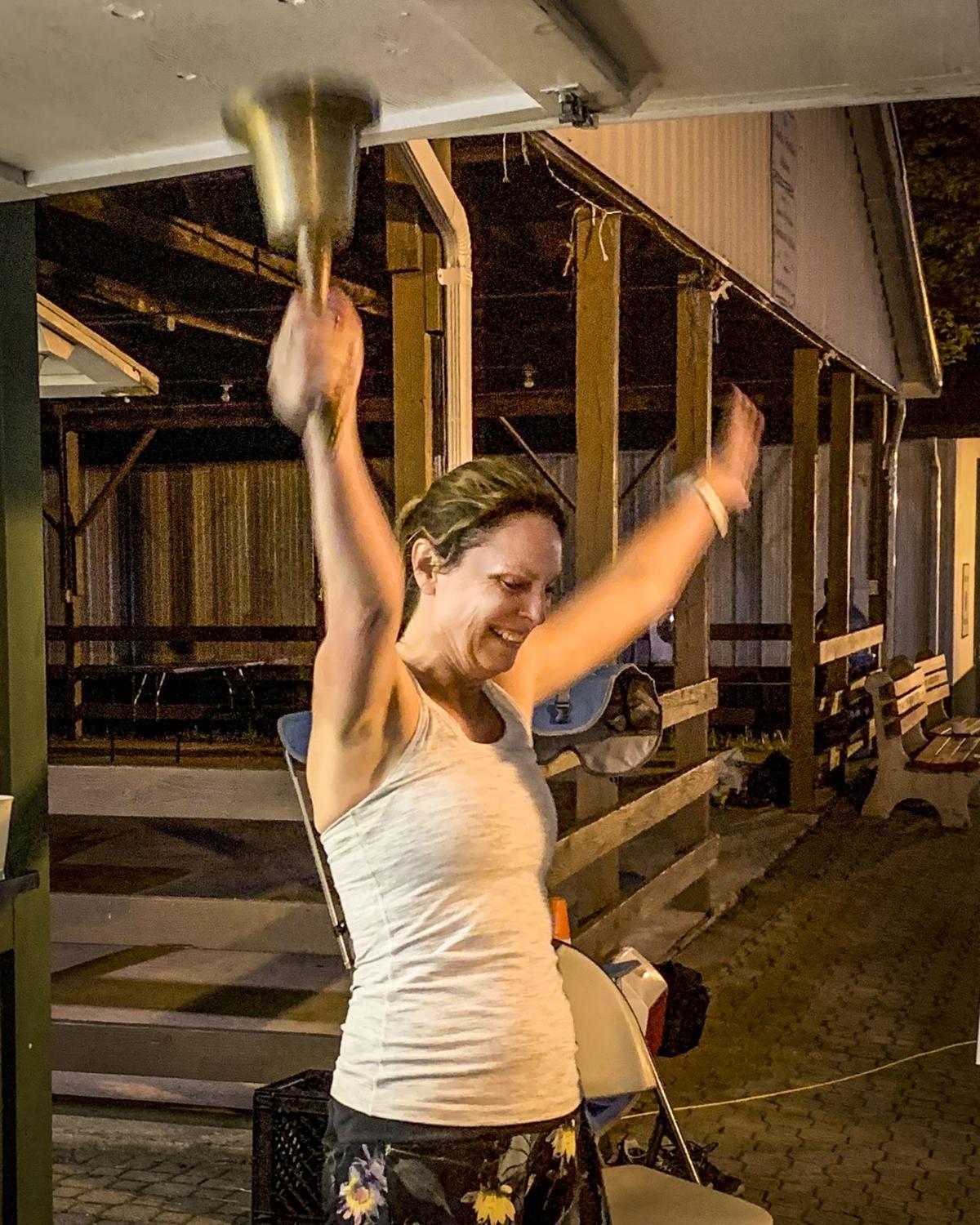 Runners who achieved their goal got to ring the bell to mark their achievement. Walton ran 50 miles, rested, and then walked six more. 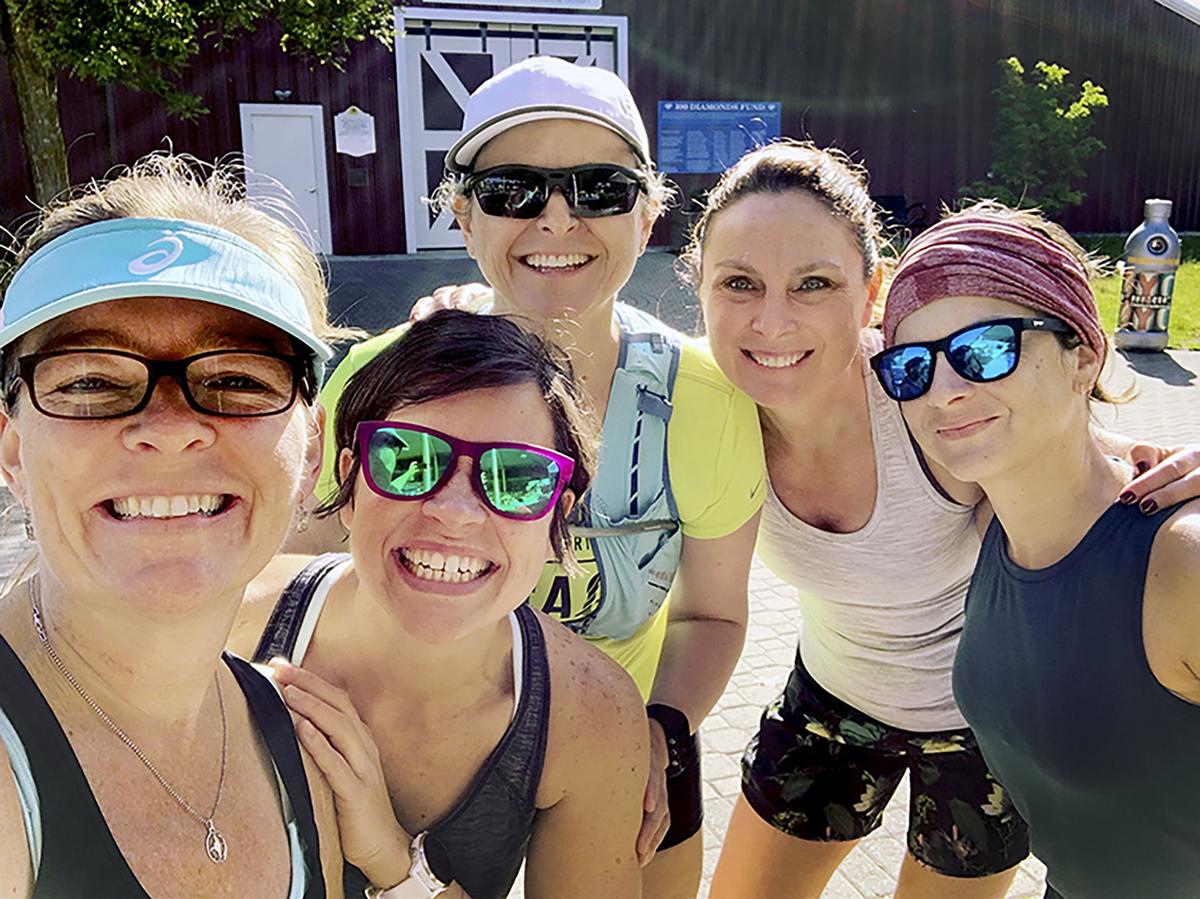 Kate Walton of Indianola gathered before the race with a group of friends from Another Mother Runner, an online group that decided to challenge themselves to run 50 miles in honor of one member's 50th birthday. From left to right, Melissa Theberge, Julie Patno, Tamara Paton, Kate Walton and Susan DiLeo. 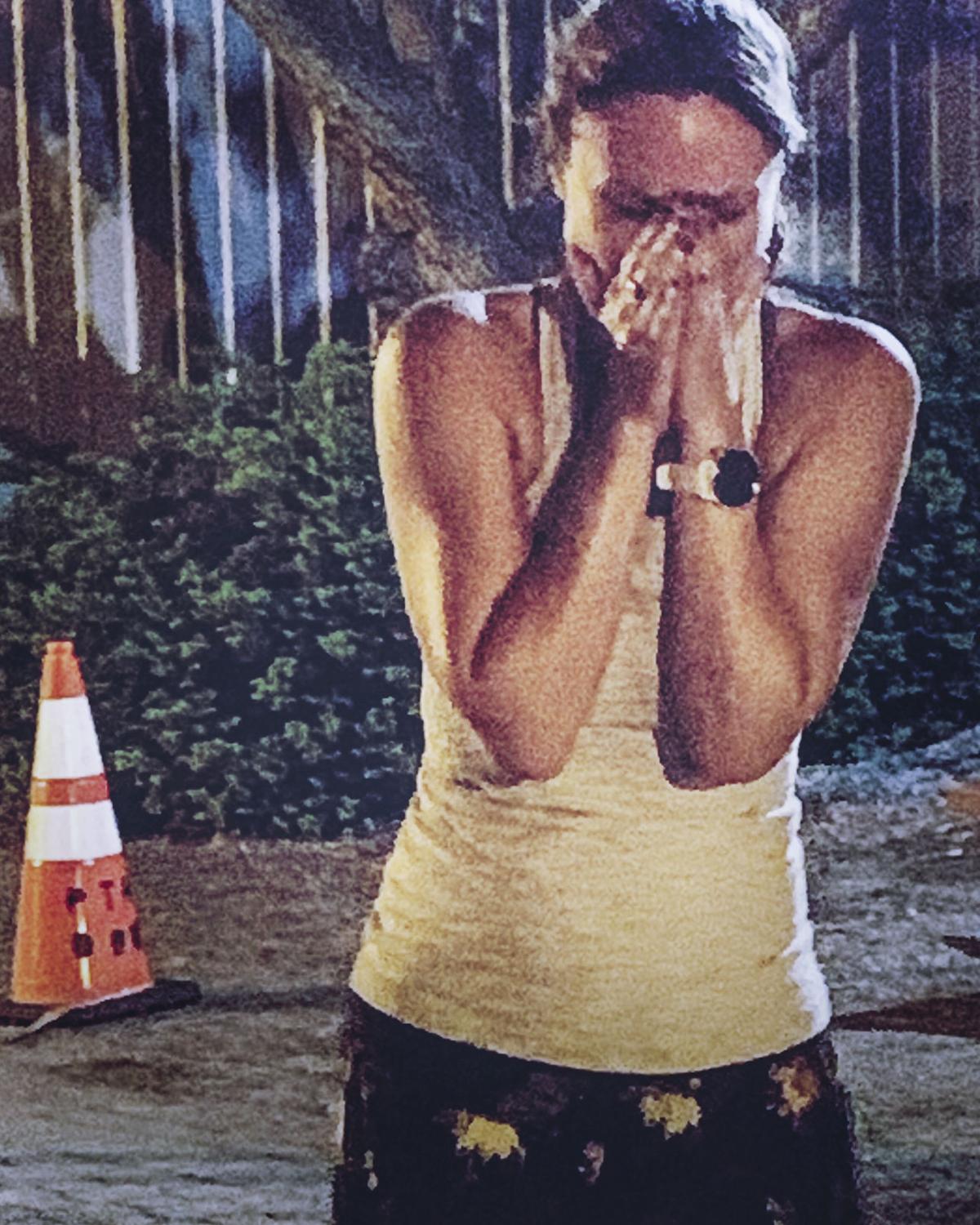 Kate Walton of Indianola as she finished the 50-mile goal she had set for herself at Three Days at the Fair in Sussex County, New Jersey in May. After resting, Walton went back out and walked another six miles. 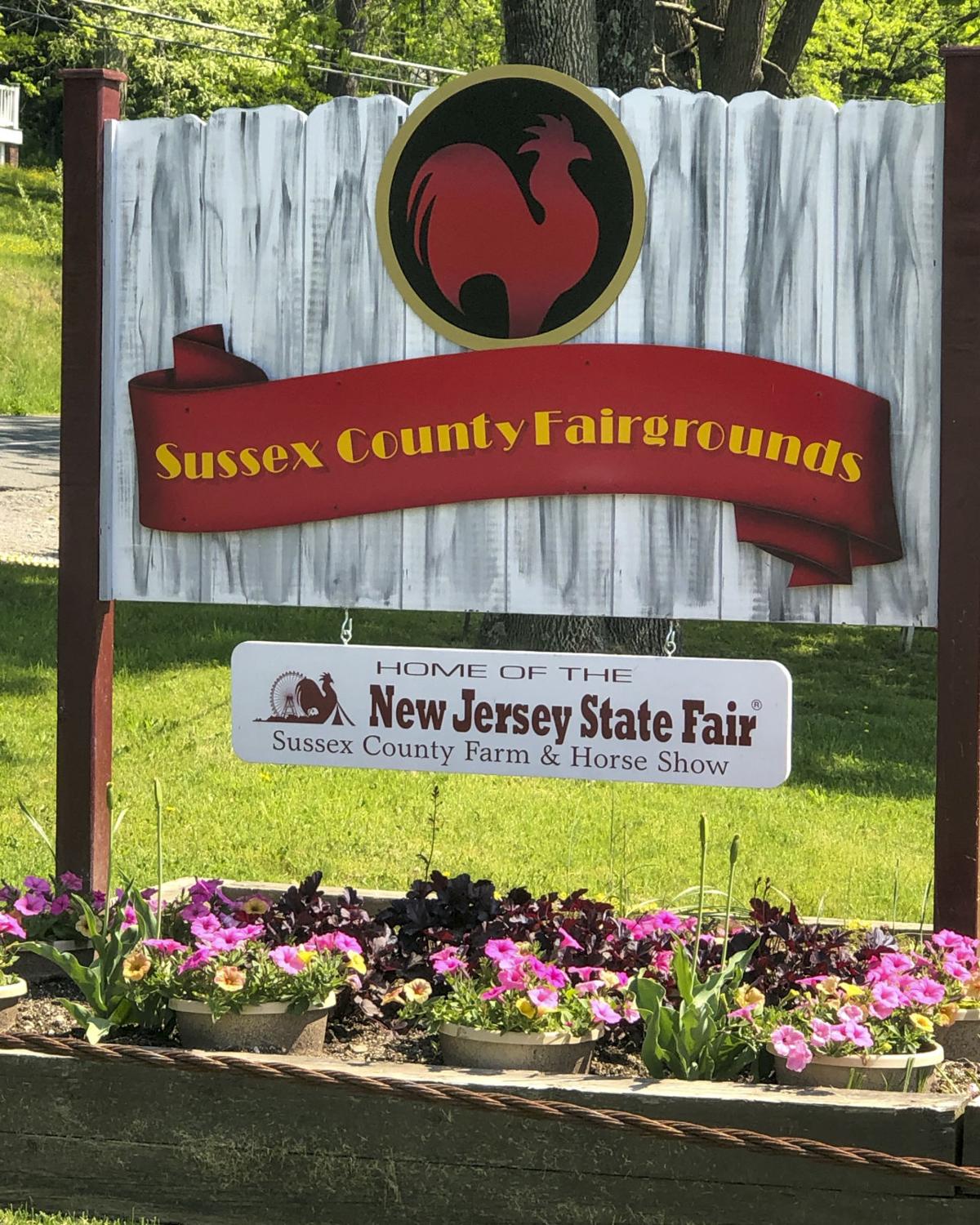 The Three Days at the Fair event was held in Sussex County, New Jersey, in May.

Runners who achieved their goal got to ring the bell to mark their achievement. Walton ran 50 miles, rested, and then walked six more.

When Kate Walton first started running seriously about 10 years ago, she started with the Dam to Dam, a 12.4-mile race in Des Moines.

But in May, she ran almost five times as far, going 56 miles over 24 hours at Three Days at the Fair in Sussex County, New Jersey, a form of ultra-marathon in which runners determine how far they want to run and over what period of time.

For Walton, it fit into what she likes best about running — seeing how far she can go rather than how fast she can get there.

Walton was an occasional runner until the birth of her second daughter, Amelia, 12 years ago. After Amelia was born, running met several goals for Walton, including losing the baby weight from her pregnancy.

“I like being outside,” she said. “And the time by myself was important with two young kids.”

After the Dam to Dam, she trained for a half marathon or 13.1 miles, and since has run five full marathons. And she noticed something about her running.

“I wasn’t super interested in getting faster,” she said. “I found that I was built for endurance. I liked challenging myself to try to run longer. I enjoyed that part of it much more than I enjoyed trying to wring out a few more minutes faster time.”

In 2016, she ran a 50K, but in 2017 she was injured and underwent hip surgery. She slowly was rebuilding her distance when her online running group, Another Mother Runner, decided to target going 50 miles in honor of one member’s 50th birthday this year.

“When the idea really started knocking around, I was like, I like that idea of challenging myself and really digging in,” Walton recalled. The group decided to meet up in New Jersey in May and run 50 miles or more in 24 hours. They started training together online in October.

A lobbyist with the Iowa Legislature who was busy during the workweek, Walton did most of her training over the weekends, running for about two hours on Fridays, then up to five hours on Saturday before tackling another shorter run on Sunday.

The pace took Walton away from her family a lot. In addition to the actual training time, recovery after runs also took time.

“It’s not like you come back from a run all refreshed and ready to tackle whatever it is that needs to be tackled,” she said.

And while running 35 to 40 miles over a 72-hour period did emulate the setup of the race her group had signed up for, it didn’t match the distance.

“At the race when I hit 32 miles, I’m like, we have now crossed over into the furthest I have ever run, and I’ve still got a really long way to go,” Walton said.

The race started at 9 a.m. Runners ran the same course over and over again. After each loop, Walton paused to take in fluids or food and check her sunscreen. She took a 20-minute break at 25 miles.

“I could see where I was, and I knew I had 13 miles to go,” she said. At mile 43 it got hard. Supporters came to the race to run the last few miles with runners, but Walton pushed them away.

After 50 miles — her goal — Walton stopped and went to bed. But she got up early the next morning and walked six more miles. She estimates she spent about 15 or 16 hours actually on the course.

There was no prize at the end, she said, except for the accomplishment and the praise of her family, who texted her encouraging words throughout.

“Nobody’s pinning a medal on me for doing something like this,” said Walton “It’s this thing that is just mine, it’s this big challenge and it kind of pushes you to see what you’re made of.

“I like being fit and strong and knowing I can tough things out and all of that is important,” she added. “You kind of have to go to a place in your head and your body where you’re doing something you think you can’t do.”

Walton did nothing for 10 days after the race, she said.

“I literally didn’t even go for a walk,” she said. By the end of May, though, she was running again. And she says a seed has been planted for a new challenge.

Tell everyone about your news!

Promote your news to our trusted audience who are looking for more local stories. The featured news on our site delivers greater SEO than most social media networks including Facebook, Twitter & Yelp. It's your news. Let us help you announce it!