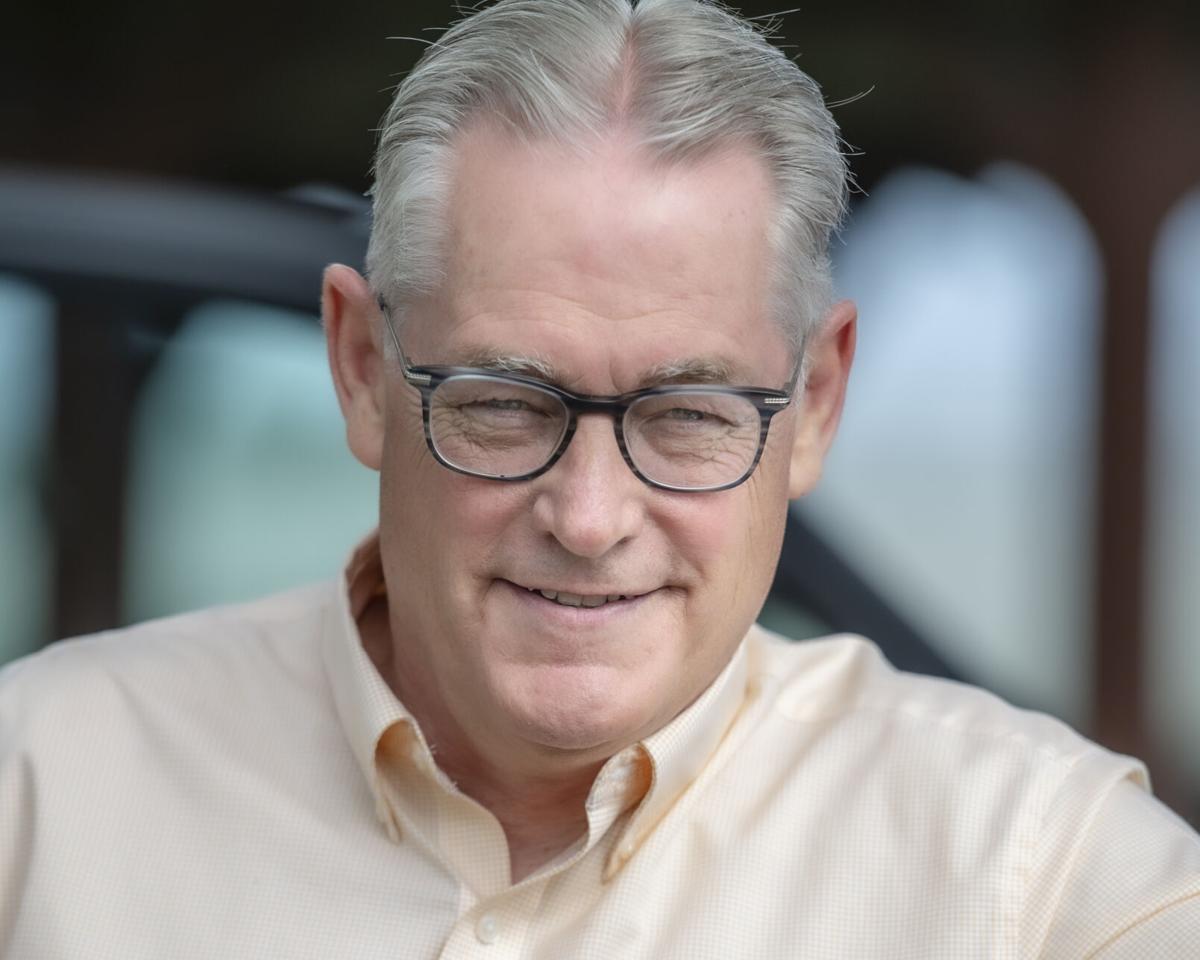 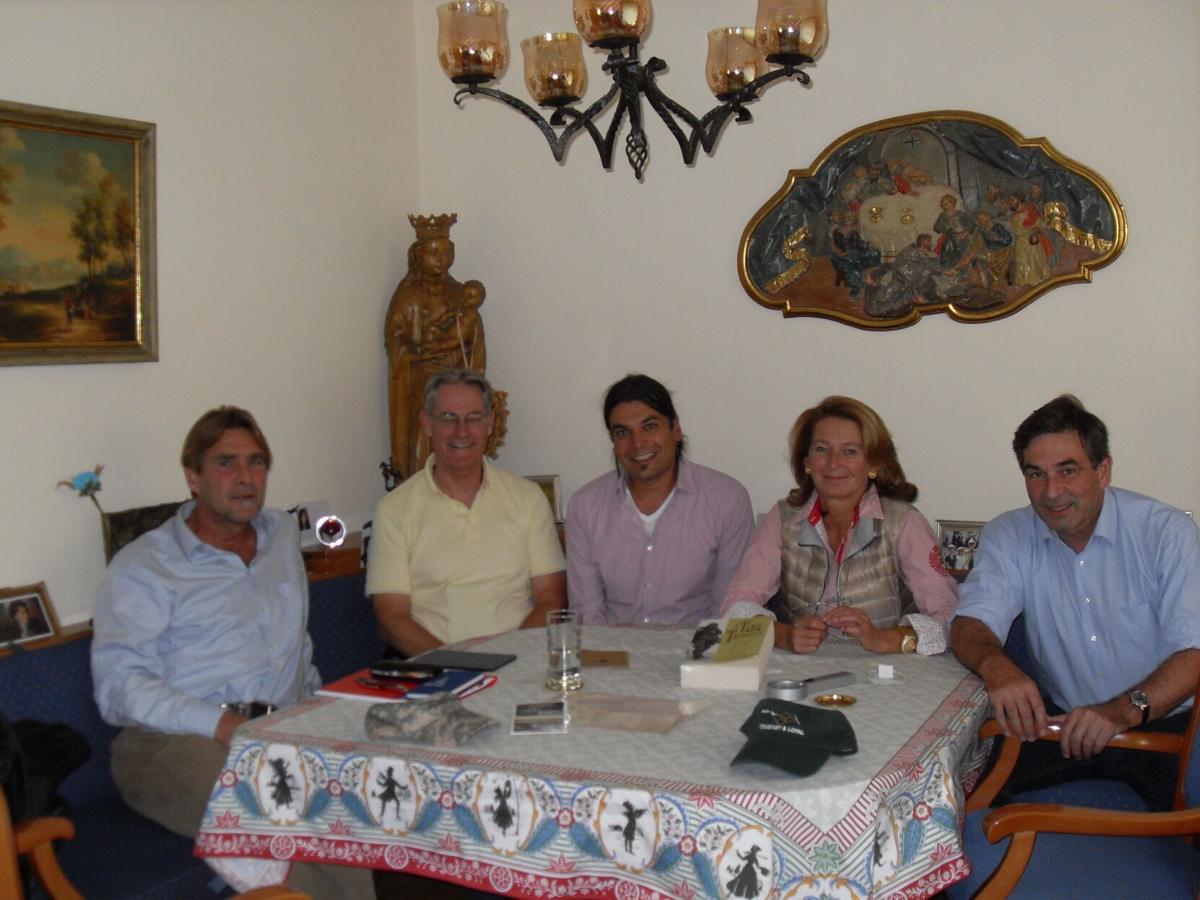 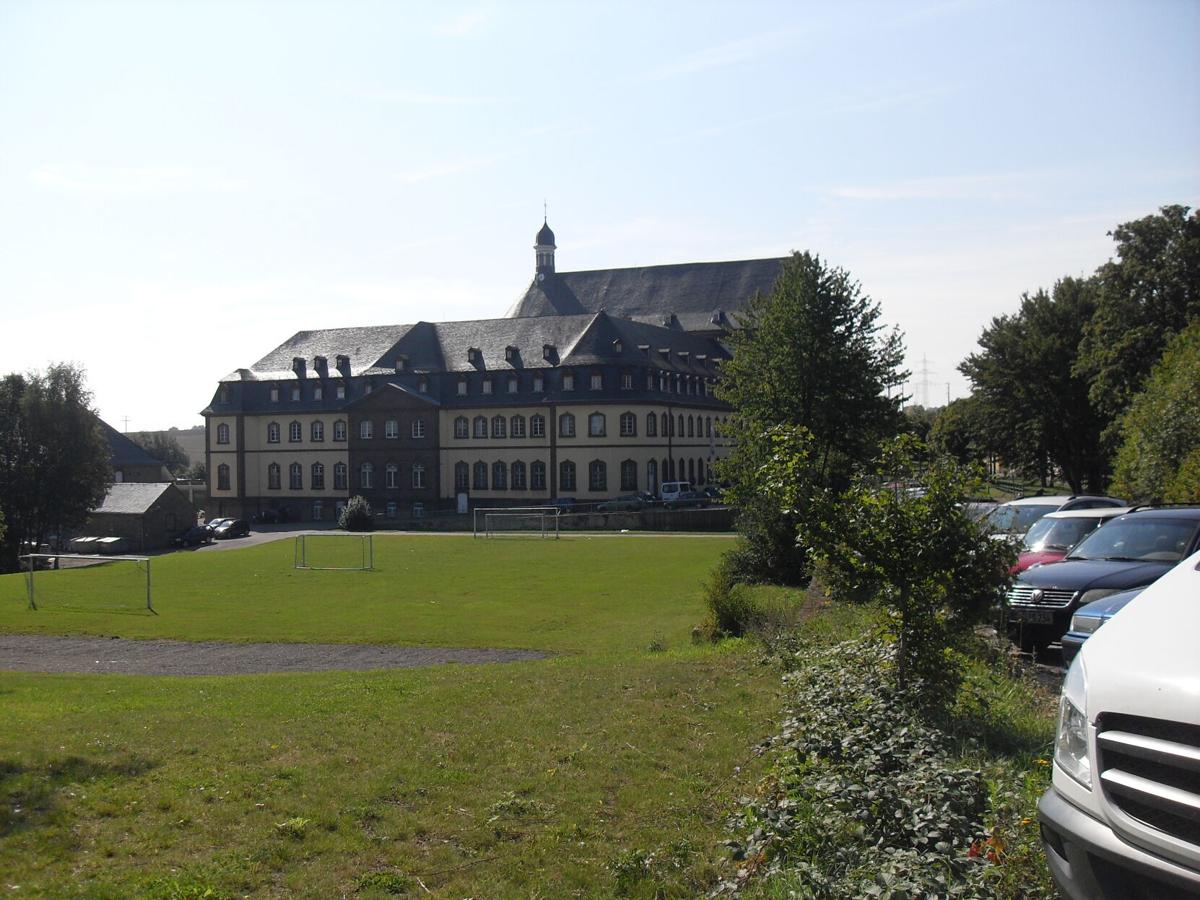 “Abbey” at Helenenberg where Richardson's father, Elmer, was treated.

We left the Gruber family after a long and emotional day. Both my wife and I knew there was more between the families than a doctor and patient relationship.

It was evident from the conversations we had and the mutual feelings, this meeting was something special.

None of us though could put our fingers on what it was exactly. This would be answered through the remainder of the trip along with returning home and going to church.

After leaving the Grubers, the next day, my wife and I visited the Dachau Concentration camp. You may remember from history lessons, this was among the first camps the Nazi’s built to imprison dissidents and political enemies, of course all German. Eventually, it also housed those with mental, physical and emotional disabilities, and even later those of the Jewish faith. Again, almost all were German citizens, or had been citizens at one point.

For those of you who have been there, it is hard to describe the emotions as one walks up to the front gate that still says, “Arbeit Macht Frei” work makes you free, or close to that.

These were Germans imprisoning Germans. While not the numbers killed at Treblinka or Auschwitz, there were still gas chambers and crematoria at Dachau. The original administration building is now the museum. There are hundreds of things there from the days it was a labor and concentration camp.

With all we had been through with the Gruber family the day before, one picture in particular really hit us hard. It was a simple picture.

The photographer had taken the photo from behind a prisoner, dressed in the striped prison garb. In front of the prisoner were 5 German men, all dressed in suits, behind a large desk on a dais. The dais elevated these five men to about 3 feet over the prisoner. The prisoner was looking up at the five men who were leaned in, discussing something.

I read the caption of the photo. It said the five German doctors were discussing the life or death of the prisoner. What!!

My wife and I just looked at that picture and the caption. Almost together we asked why was Dr. Gruber not like these five doctors? What was so different about these five doctors, and the man who saved an American’s life?

For one thing these five were following Hitler’s dogma. Dr. Gruber did not.

We again realized my family is here today because of the risks taken by Dr. Gruber.

After an emotional day at Dachau we headed to place where my father and Dr. Gruber met some 71 years earlier, Helenenberg, Germany.

Helenenberg is, and was, really a wide spot on the main road between Bitburg and Trier. It rests on a small rise, with the ground slowly falling away on all sides of the village. The Abbey and surrounding buildings are adjacent to maybe six or seven other structures and one gas station. That is the extent of the village.

Today the Abbey functions much as it did in 1944. The campus surrounding the church and the attached three-story building house and educate children with physical, mental and emotional disabilities. The school’s role hasn’t changed in 95 years. It is to provide the children with an education and a skill to survive in life.

When we entered, I asked in my best German if the receptionist spoke English. A little, she answered.

Before I could get much of my reason for stopping out of my mouth, she lined me up with a social worker. I guess my German scared her. It does me from time to time.

The social worker was wonderful. She listened to my story, then offered a tour of the facility. She took us to classrooms, kitchens where students learned culinary arts, the welding shop, the carpentry shop, along with all the various education and hands-on centers.

Upon completion of the tour, she asked if we would like to meet the Catholic director, Father Steenken. Absolutely!

We climbed the stairs to the upper floor and entered an office. A few minutes later, in comes the Father. We are introduced and I start to explain why we are there. He stops me mid-sentence by raising his hand and walks out. I look at my wife and ask if I said something offensive?

Before she can answer, the Father returned with a large black book and flipped through pages until he came to the right one and hands me the book. This tome is the continuing daily journal the directors have used since 1925. The page he hands me is dated 23 December, 1944. Of significant note, one of us has a birthday on that date, only 10 years later.

During the war, the high ground where the village sits had strategic military importance. The steeple of the church would have provided an artillery spotter an excellent advantage. In the late fall and winter of 1944, the main administration building served as a military hospital, but the other buildings still served the children.

Remember what I mentioned about Dachau and the type of German people sent there? This place was an oasis for the disabled. How they were able to protect the children in 1944 from imprisonment is astonishing.

Because of the strategic military importance, the Americans had bombed Helenenberg on December 22, 1944. They thought this was a military facility. They did so even though there was a large red cross on the roof.

The Germans fearing destruction of the hospital, sent two brave men under a flag of truce to the American lines on the evening of the 23 December 1944. They carried the message this facility was a hospital with an American or two there as well.

My father had often told of an American officer who came to the hospital under a flag of truce. The American who came was named Captain Sherman. Sherman just happened to be my

father’s brother’s name. My family always thought that was coincidence. Not any more!

Captain Sherman came to make sure it was a hospital and visit any Americans there. That is why he interviewed my father. My dad had been listed as MIA, missing in action. Dad asked Captain Sherman to write his mother to let her know the situation. I still have that letter dated January 8, 1945.

In the book the good priest had given me, it explained all of this. It specifically told of Captain Sherman visiting an American wounded soldier, my father! Because the visit was successful, many lives, German and American, were saved.

Here I was sitting in an office of the director of a boys school in Germany, reading about my father and the American Captain he met 71 years earlier. When I told my wife what I had read, we both were speechless. Father Steenken must have known when I started to tell my story. He too was overcome with emotion. A circle of 71 years was being completed.

This was not a coincidence.

Once again, we had to say our goodbyes to total strangers, who no longer were strangers. In itself this would be an amazing story to end there, However, there was one last thing that happened that put a large exclamation point on the whole trip.

We headed to Amsterdam to fly home. We left around Saturday noon, Amsterdam time. About 18 hours later we got home. We thought we would sleep in. We were sadly mistaken. Up at 5 a.m Iowa time, we decided to go to church.

To top that off, the minister said the bulletin had a typo! That was not the reading for the day! It did not make any difference to me or my wife. It was as if a lightening bolt had hit us both.

We took it to mean our journey was not just a vacation. I went home and immediately e-mailed Ludwig Gruber.

A connection made 71 years earlier guided us in 2015. Coincidence or Divine guidance? I know where two families, one American and one German, stand on this issue.

Steve Richardson is a life-long resident of Indianola, former state representative and council member. He has a lot of stories to tell.

Yes this is a fantastic piece of your family's history you have shared with us. Thanks Steve

Incredible. Thanks for sharing.

Fascinating story. Divine guidance indeed. Kudos for publishing such a story at this time.

What an amazing story! Thanks, Steve

*God-things, but good things, too.

I’ve truly enjoyed reading your series. Good-things happen all the time. This was a powerful one. Thanks so much for sharing.

Steve -- I was aware of some of your trip details but the entire 4 segments were fascinating. Great, great story. Thanks for sharing. This writer just happens to be a December 23rd baby, too.

Thank you. It was an incredible trip