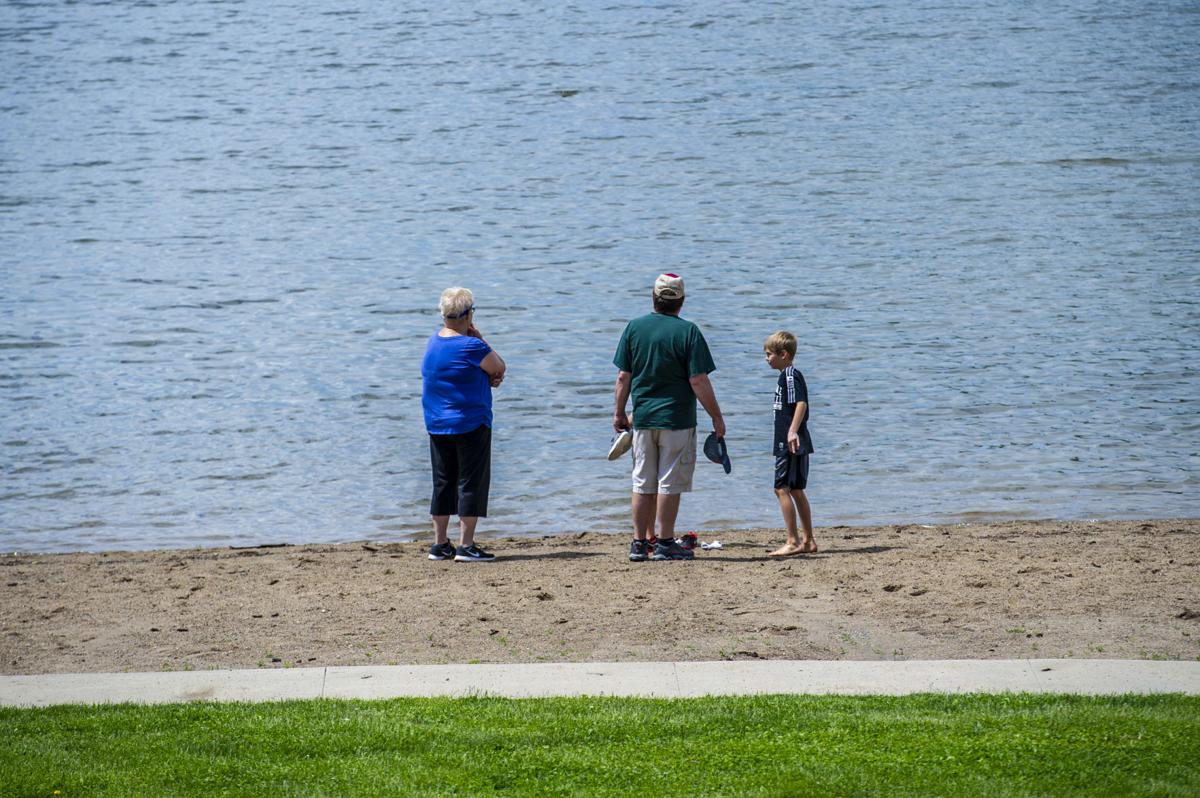 Warren County is home to two state parks — Lake Ahquabi and Banner State Park. Budget cuts are reducing the number of state park rangers, who keep state parks and the people who visit them safe. 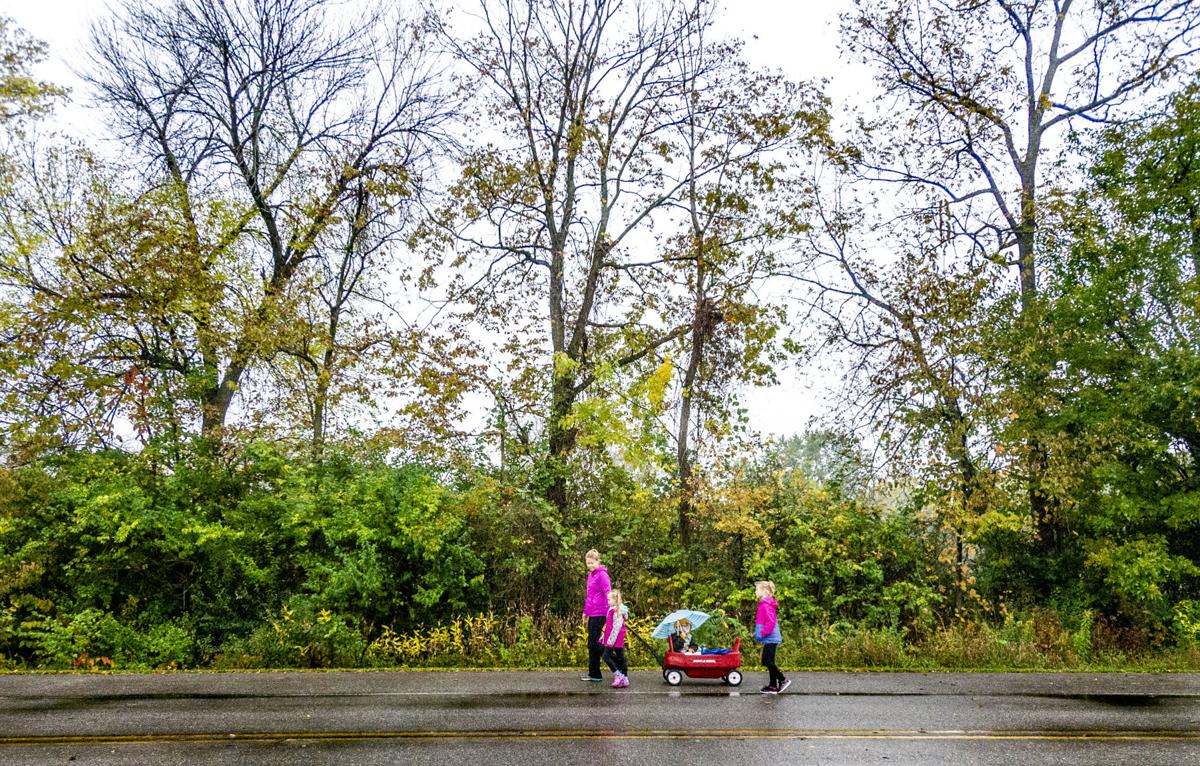 Kristi Hartford of Indianola and her children lapped Banner Lakes at Summerset State Park north of Indianola in the 2019 Cancer Shmancer walk. 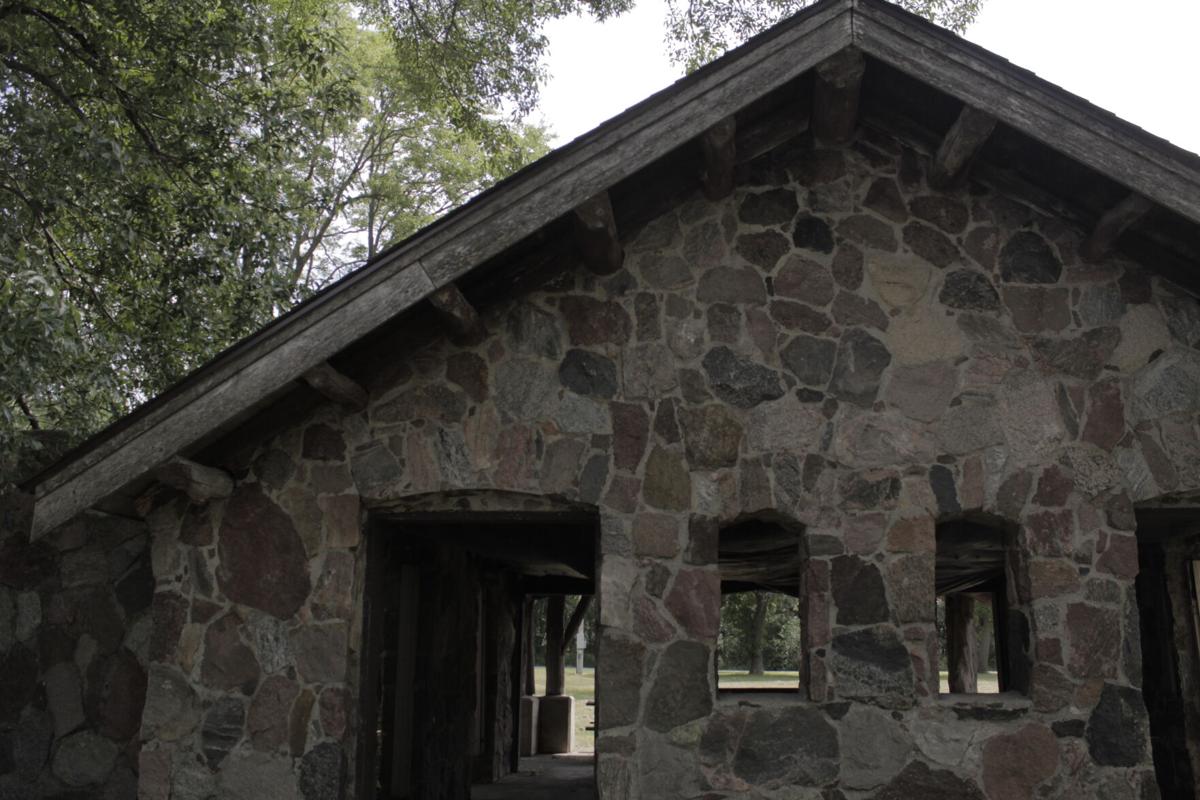 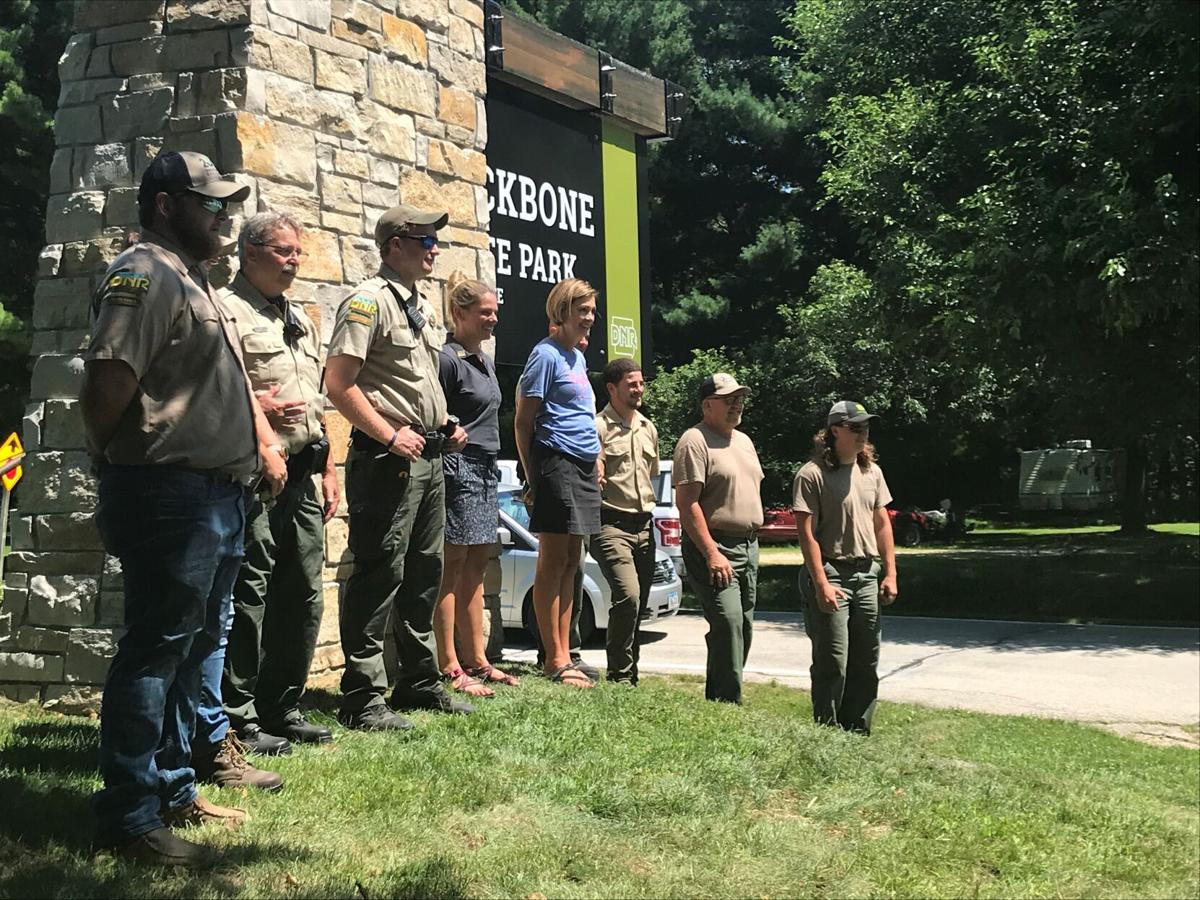 Warren County is home to two state parks — Lake Ahquabi and Banner State Park. Budget cuts are reducing the number of state park rangers, who keep state parks and the people who visit them safe.

IowaWatch and the Iowa Newspaper Foundation partnered on this project, "Iowa's State Parks," beginning in the spring. IowaWatch, part of the Iowa Center for Public Affairs Journalism, is a nonprofit news organization and strives to be the state's leading collaborative investigative journalism newsroom. Read more stories or support this work at IowaWatch.org.

Budget cuts have severely thinned the ranks of state park rangers over years —to 35 in 2020 from between 45 and 55 in the late 1990s, State Parks Bureau data show.

The shortage has gotten more severe this year — the 100th anniversary of Iowa’s state park system — as thousands flocked to state parks to relieve their COVID-19 isolation.

Iowa’s presence of rangers is even scarcer than that of the national parks. A USA Today analysis last year found a similar decline in national park rangers, with one ranger per 180,068 visits to national parks in 2018.

Total visits to Iowa’s parks reached between 13.7 million and 15.5 million over the past decade, according to state figures, and were “on a path to be 16 million-plus” in 2020, Todd Coffelt, chief of parks for the Iowa Department of Natural Resources, told IowaWatch. Total visits are counted and could include multiple trips by the same people.

It stands to reason that fewer rangers and more visits could downgrade the maintenance and, worse, public safety at the state parks. Reporters for IowaWatch visited more than 30 state parks from August through November and generally found that maintenance appeared to be holding up, with a few exceptions. IowaWatch visits took place after any facility or closure related to COVID-19 was lifted. Also, several parks closed and damaged by the Aug. 10 derecho were not visited after the storm.

In some ways, the decline in park rangers speaks to a larger issue about Iowa’s parks and the commitment to maintaining them as pristine places of recreation and self-renewal.

Asked whether the surging attendance could overtax the parks’ resources, Coffelt said, “It has the potential.”

The decrease in park rangers was thrown into sharp relief earlier this year when amid the pandemic, hundreds of people descended on one of Iowa’s bigger state parks, Lake Macbride park in Johnson County, the weekend of June 6-7.

The crowds were so large that the natural resources department had to temporarily close the entrance because beachgoers had overwhelmed the park’s staff. The park’s two full-time rangers couldn’t handle all the visitors.

Tom Basten, the southeast district supervisor for state parks, said all parking lots and boat ramps were full. Rangers from other parks were dispatched to Lake Macbride to help, he said.

“This year, we’ve seen a renewed interest in people wanting to enjoy the outdoors,” Basten said. “Our numbers were way up.”

Rangers from other parks were dispatched to Lake Macbride to help out, but that left other parks in southeast Iowa uncovered by any officer, he said in an interview with TV station KCRG.

A SHIFTING ROLE FOR RANGERS

Their qualifications include having a commercial driver’s license; certifications in first aid, water and wastewater system operation and pesticide operation, and the ability to operate and maintain specialty tools and equipment. Rangers also must be able to manage a budget, hire vendors and train seasonal workers.

In addition, they must complete the Iowa Law Enforcement Academy training program.

Five years ago, the Iowa Department of Natural Resources purchased AR-15 rifles, a civilian cousin to the military M-16, for park rangers, who also patrol with pistols at their side and shotguns in their vehicles.

To date, there have been few public reports of rangers dealing with major violent crimes such as killings, assaults, robberies or rape. Rangers say the most common violent threats in Iowa stem from alcohol-fueled disputes or domestic violence in the parks.

Generally, rangers are more likely to deal with vandalism, reckless boating, drug abuse and illegal fishing or hunting. Outside of contending with crime, the rangers also spend their time helping to maintain clean, sanitary and safe conditions at the park.

Even as Iowans have poured into state parks to enjoy the outdoors, the park system has been struggling for years with stagnant or declining funding.

Kevin Szcodronski, a retired State Parks Bureau chief, said a lack of financial support has hampered the parks for years. “It’s an ongoing story with parks, not only in Iowa, but nationwide,” he said.

The natural resources department’s combined annual budget is just over $400 million and it is financed by various revenue streams, including fees, licenses and permits, and federal money.

Only a small portion of the total budget comes from the state’s general fund. But that piece, set each year by the governor and legislature, helps finance the operations of the state parks and forests. The DNR’s budget reached a high-water mark of $22 million in fiscal 2009 but has steadily declined since, to an estimated $11.9 million for fiscal 2020.

Rep. Charles Isenhart, D-Dubuque, said the state’s general fund appropriations to state park operations in fiscal year 2019 was $5.7 million — less than the 2010 level of $6.6 million. Adjusted for inflation, it represents a 26-percent decrease. The amount rose to $6.2 million in 2020.

Sen. Ken Rozenboom, R-Oskaloosa, said the general fund appropriations to the DNR are “too low and have been too low for a number of years.”

Amid recent budget reductions, the DNR closed its forestry bureau, eliminated several positions and froze openings for dozens more. The agency says it can’t even afford to check trees for its Big Tree program, which locates and recognizes the biggest trees of every species in Iowa. Volunteers have kept the program alive.

Isenhart said that every Jan. 1 he asks the natural resources department for a list of vacant positions. This year’s list totaled 100, including two park rangers and a park manager. The date to fill those three positions? “Unknown,” the DNR list said. That was also the estimated date to fill 67% of all 100 vacancies.

At many parks, the only assigned full-time DNR employee is the park manager. Park managers are not certified peace officers.

For some tasks, volunteers have come forward to fill staffing gaps, such as park maintenance or greeting campers. But COVID-19 has hampered reopenings because the volunteers typically are older and in higher-risk health groups, the department said.

The funding crunch has left some experts and park officials wondering whether Iowa leaders fully appreciate the value that well-managed, well-staffed parks bring to the state.

Szodronski, the retired parks bureau chief, said too many people perceive state parks as a “luxury,” not an essential, compared with other programs competing for state dollars.

The paradox is that more Iowans than ever are craving the tonic of nature. If more than 16 million people end up visiting state parks by year-end, it will equate to 12 times the record attendance of the 2019 Iowa State Fair or fill Kinnick Stadium 231 times.

So sad to read this column during the 100th anniversary of Iowa’s state park system.

The facts are stated up front in the column about the loss of these law enforcement officers. The facts bear a close reading because it is another example of de-funding our government:

Budget cuts have severely thinned the ranks of state park rangers over years —to 35 in 2020 from between 45 and 55 in the late 1990s, State Parks Bureau data show.

Senator Garret and his anti-government Iowa Republicans are once again aiming at de-funding government by reducing taxes resulting in more budget cuts.

Even more contradictory to supposed “conservative” Republican values than de-funding government law enforcement is that the DNR officers are to protect and defend our enjoyment of God’s Creation. Those who think that our parks where we can enjoy God’s Creation should not be conserved and protected should reexamine their beliefs in God’s Creation.

As a minimum, let’s be Iowa-honest as admit that reducing taxes is synonymous with de-funding Iowan’s need for law enforcement as well as Iowans’ need to conserve and protect our resort to respectful, peaceful enjoyment God’s Creation.